Well, it is Soap Challenge time again!  I can honestly say, this is the first one that almost had me beat!  I made two attempts, and I can say, that if the second attempt had not been acceptable I don't think I would have tried it again!

My first attempt was a bit of a disaster.  My batter thickened up way too much, and I didn't think that any sort of pattern would show up at all.  It did, but only just!  This one was scented with a mixture of strawberry and Raspberry, and the brown is Chocolate Fragrance....smells a bit yummy! 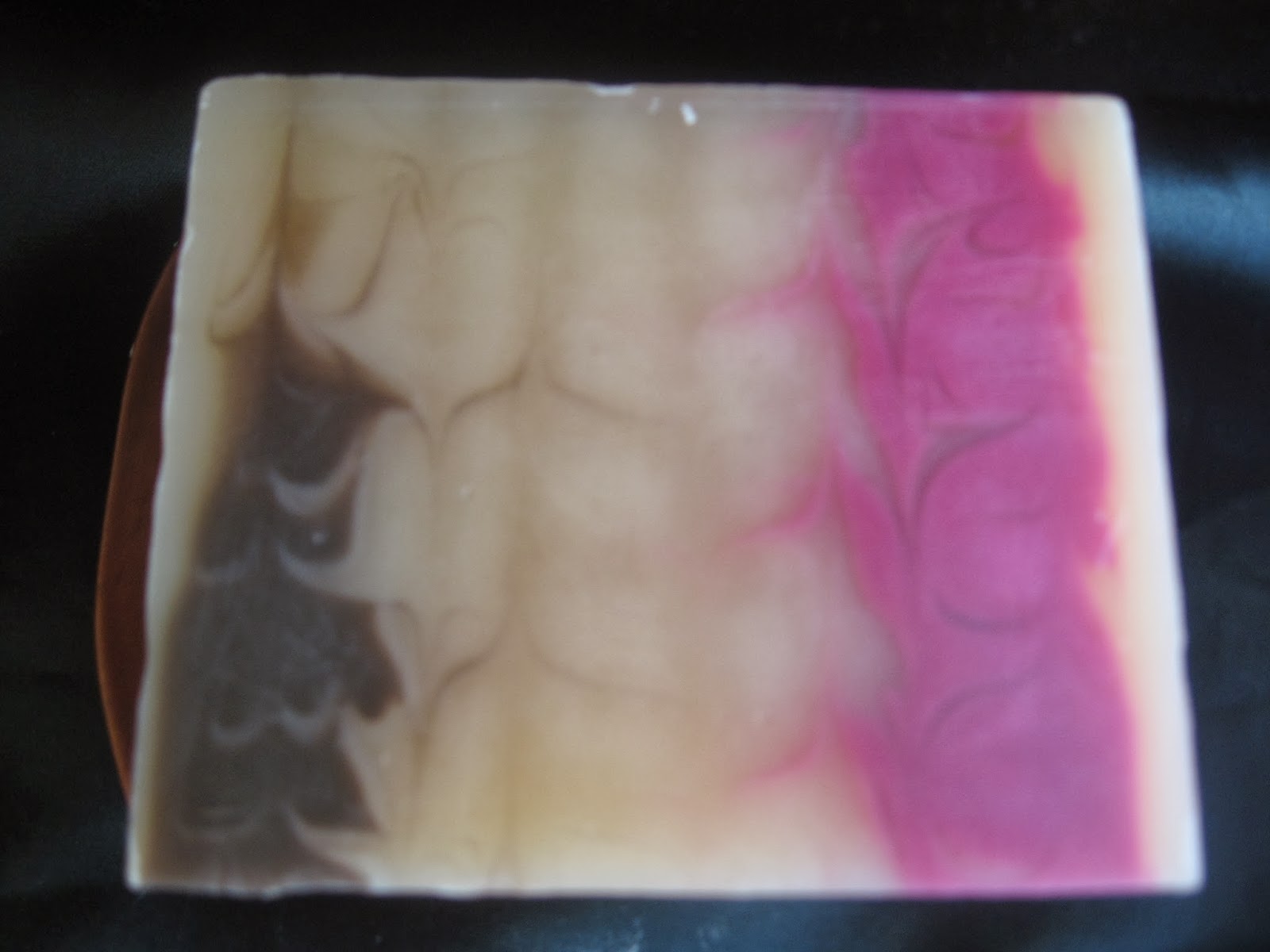 So then on to my second attempt!  Changed my recipe, and chose to use an Essential Oil blend this time of Lime, sweet Orange, Litsea Cubea, Tea Tree, and a smidge of Lemon Eucalyptus.....wow...smells good!  Chose my colours, orange and green and used micas, so I wouldn't have to blend them too much to get them to mix in. 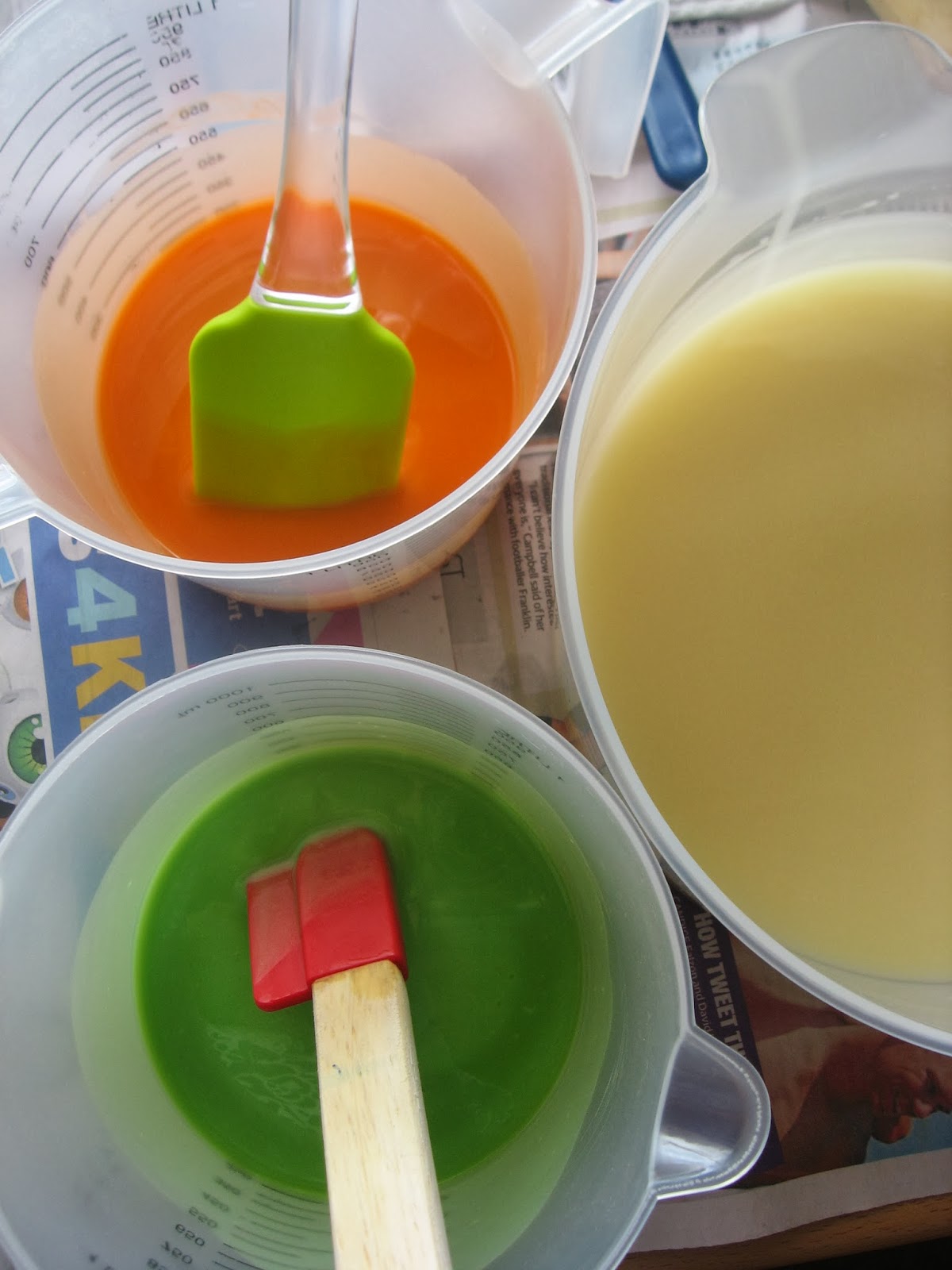 Next I added the whitish base to the mold, and then poured in the two colours on either side, trying to get them to go to the bottom.  I used a slightly thicker skewer this time, and did my s curves across, and then down the mould. 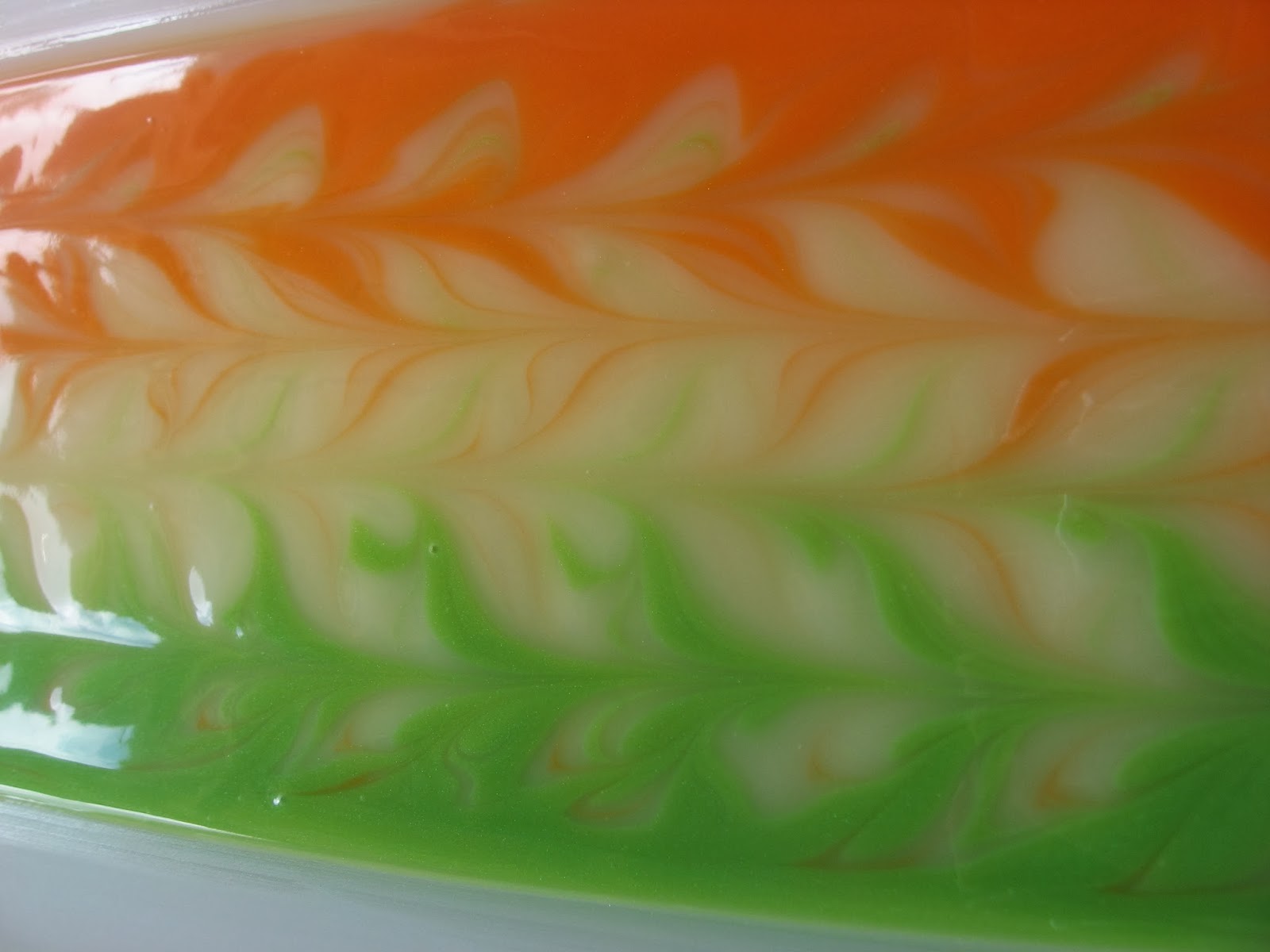 Time for the anxious nail-biting two days before I could un-mould and cut it!  And I was pleasantly surprised!  Not great, but not too bad!  So here is "Invigorating" in all its glory! 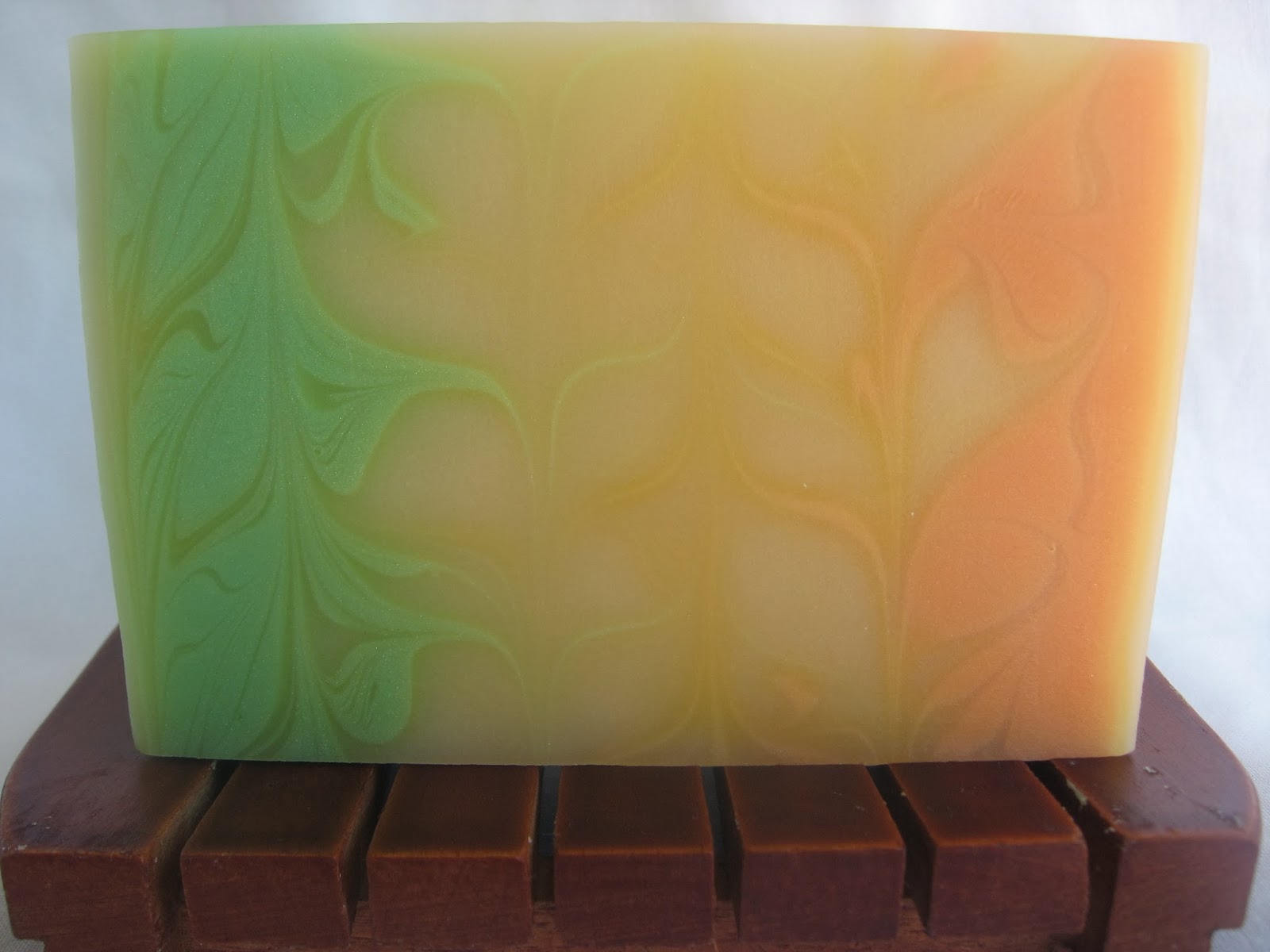 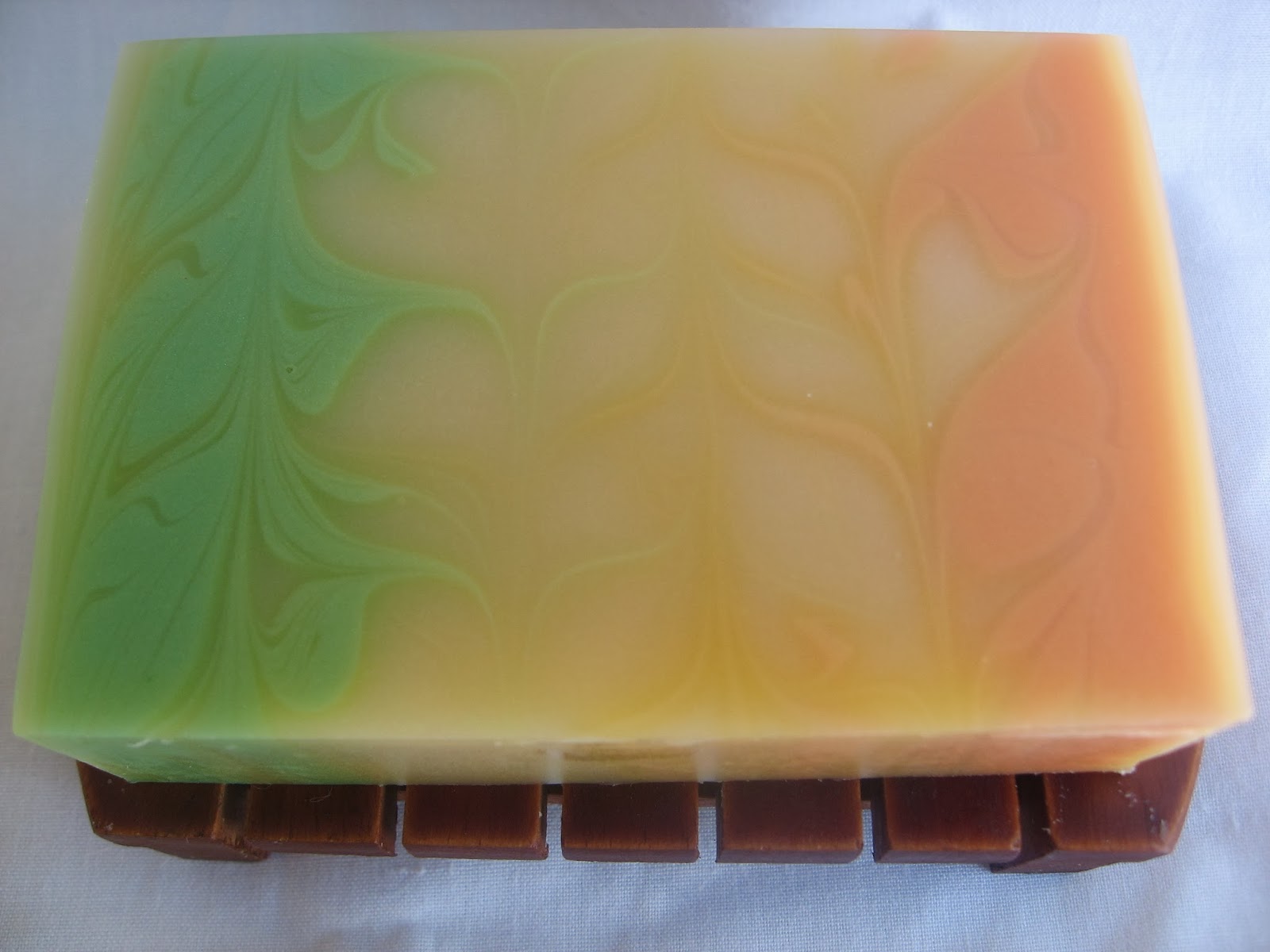 Thanks for reading! Thanks Amy for yet another Challenge that has made me step out of my comfort zone, and good luck everyone  :)
Bye
Dianne   :)
Posted by Unknown at 22:05